Our company director has set himself some tough challenges in the past few weeks all in aid of charity. 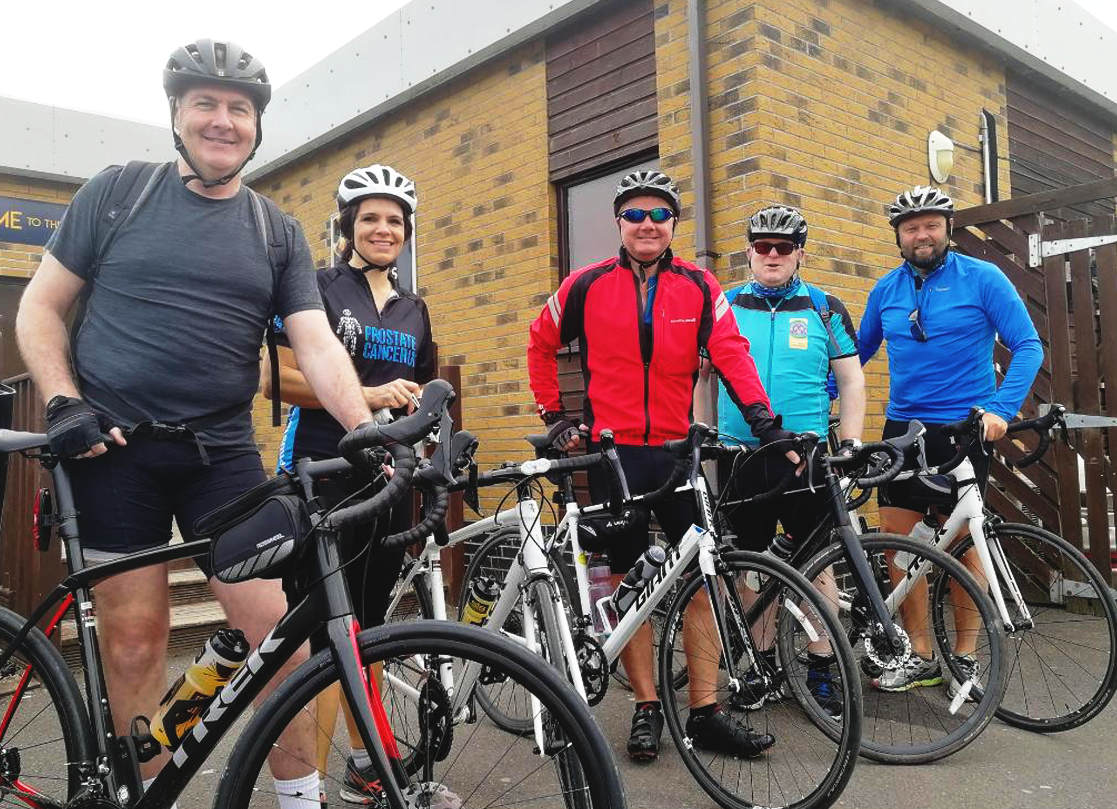 Dave Williams, joined other local cycling fans to cycle from Shrewsbury to Barnsley before taking on the Shropshire Three Peaks Challenge.

For the first stage of his energy-sapping charity campaign, Dave was on the road with friends Dave Cooke, Paul Bennett and Med Evans, along with six other cyclists, as they cycled the 120 miles to Barnsley in just two days.

And then he took on the Shropshire Three Peaks Challenge with Dave and Paul, joined by Richard Heath, Vicky Pullen and John Armitage.

For the second stage, they set off from Shrewsbury Town Football Club and cycled to Pontesford where they climbed Earl’s Hill, before cycling over to Church Stretton to climb The Lawley.

They then cycled over to Telford to climb The Wrekin, before cycling back to Shrewsbury.

“We know it sounds like a crazy timetable but we wanted to do something ambitious that would inspire people to make a donation to our chosen cause, Shrewsbury Town in the Community,” said Dave.

“The charity uses the brand of Shrewsbury Town FC to enhance the lives of local people by delivering projects and initiatives in four key areas: sports participation, health, education and social inclusion.

“This cycling challenge was our way of raising money to give something back to the local community and we’d like to thank everyone who has been so generous with their support.”

It’s not the first time Dave has been involved in such a mammoth challenge – last year he joined Dave, Richard and Paul to cycle from London to Paris to raise money for Severn Hospice.

“We aim to set ourselves a cycling challenge for a different charity every year, and we hope our efforts will bring in a sizeable amount for this year’s cause,” said Dave.

To support their challenge, visit https://www.justgiving.com/fundraising/mafiabarnsley