Our insurance experts are backing the second Lingen Davies Cancer Fund colour run – in more ways than one. 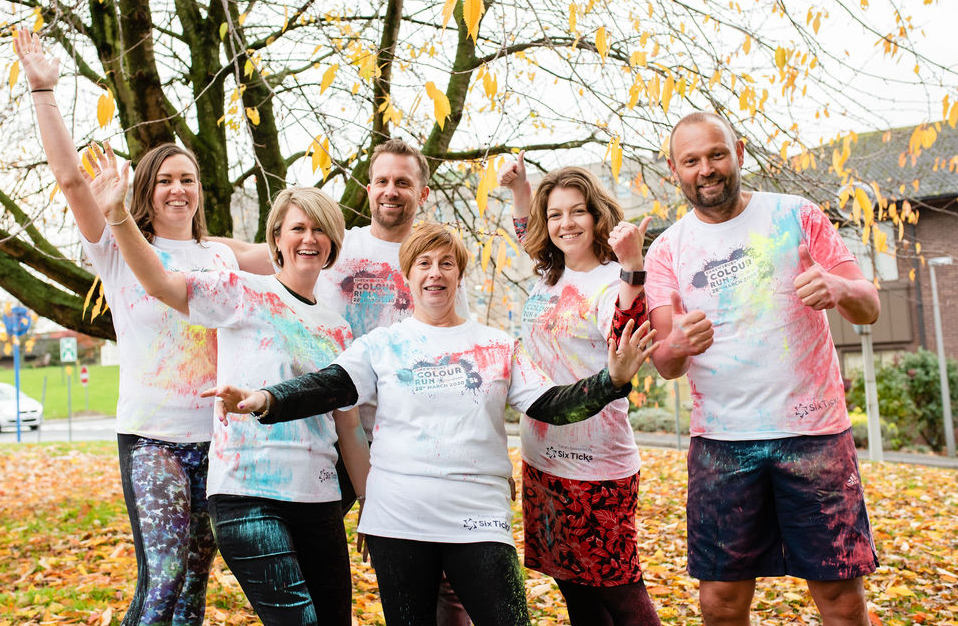 The team has signed up as one of five local businesses to sponsor the event next month and our director Dave Williams will be taking part in the run itself.

Lingen Davies raise money to make a positive difference to lives affected by cancer in Shropshire, Telford and Wrekin, and Mid Wales, and this year they are hoping to double the number of participants and raise even more than last year.

“Lingen Davies have supported friends and family members of our staff over the years and we are absolutely delighted to support such a fun event.”

The 5k Shrewsbury Colour Run will take place at the West Midlands Showground on March 28, and entry is £20 per adult and £7 per child.

“It’s great to see local businesses getting involved with the charity. We were so pleased with the success of our first colour run last year, and we’re looking forward to making this year’s event bigger and better.”

The colour run follows hot on the heels of the charity reaching another fundraising target of £105,000 raised in just a few months, which will go towards buying 2 EBUS scopes to help with the diagnosis of lung cancer, for the Lingen Davies Cancer Centre at the Royal Shrewsbury Hospital.