The Businesses for Children Awards is proud to announce Henshalls Insurance Brokers as our headline sponsor for 2017. The company is backing the awards, now in its fourth year, to shine a light on the hard work undertaken by those working across the county to support children and young people.

There are 13 categories for the 2017 awards, including Children’s Charity, Shropshire Childminder, Children’s Product, Business for Babes, Nursery/Pre-school, Educational Business and Sports Business. The winners will be announced in less than a month at a glittering awards ceremony at the Park Inn Hotel, Telford, on March 11. 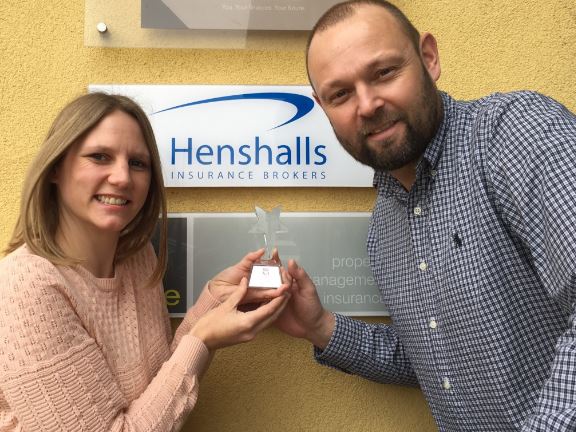 He said: “We have watched the Businesses for Children Awards grow year on year.

“Henshalls Insurance Brokers is very pleased to become headline sponsor of the fourth ceremony which has attracted record-breaking nominations.

“There is no doubt the judges have a tough job ahead of them in choosing the winners in categories which have attracted such high calibre organisations which all do fantastic work.

“We are looking forward to the awards in March and wish all of the shortlisted businesses every success in the next stage.”

“The awards ceremony is always an inspiring and emotional event.

“We are delighted to be working with Henshalls Insurance Brokers and thank them for their support.”

The evening, which will be hosted by BBC Shropshire film critic and editor of Shropshire Business Carl Jones, will begin with a drinks reception at 6.45pm.

During dinner, a game of Heads and Tails will be held to raise money for the winning charity. At the 2016 event more than £500 was raised for the The Harry Johnson Trust.