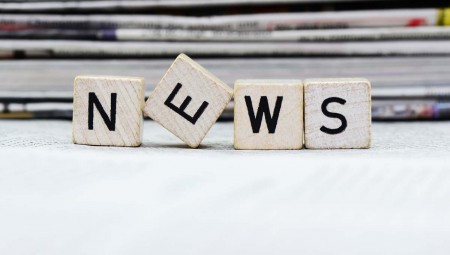 You can imagine Margaret Thatcher’s rebellious cabinet all looking at each other and muttering ’OK, so who’s going to tell her?”, probably drawing straws to see who would be starting their conversation with ‘Sorry …’ and ending it enjoying the verbal hairdryer treatment from the Iron Lady (looking at Heseltine’s hair-style it must have been him).

We’re probably all guilty of it too.   I know I’ve been a little mean to some of my colleagues when something has gone wrong and I’ve vented at the poor chap who plucked up the courage to come and tell me, while they apologised for something that wasn’t their fault.

It doesn’t seem to matter whose fault it really is either.   I know when Suggs (the dog) spends the afternoon joyously ripping up one of my wife’s favourite cushions (possibly as punishment for me leaving him on his own), it’s a toss-up between quickly trying to turn the lounge back from a scene from Scott of The Antarctic into some semblance of normality and hoping she doesn’t notice, leaving it for her to find out so she takes it out on Suggs, or manning up, putting on the fire-retardant suit, reminding myself to say ‘sorry’ a lot, and telling her myself.

Well like Suggs, George Osborne has dropped us right in it. What were the headlines that you remember from the budget? Increased Income Tax allowances? Changes to Tax Credits? Reduced Corporation Tax? How many of you noticed any news about Insurance Premium Tax?

Since it’s advent in 1994 at a rate of 2.5%, it has risen in small increments to its current level of 6%.   It was introduced to raise revenue from the insurance sector which was viewed to be under-taxed and not subject to VAT.    It’s never been much fun telling clients that their premium has risen because of a tax, and that they cannot offset it against their output VAT bill.    The first rise in the rate was to 4% in 1997 in what turned out to be the biggest rise in its 20 year history, with subsequent increments being quite gentle as it crept up to 5 and then 6%.

Well Ladies and Gents, your insurance premiums will be going up in November because of a whopping hike in the rate to 9.5% (over 58% of its current rate).   In my own opinion it is very unlikely that the insurance companies will try to absorb some of the increase by decreasing their premiums when their operating ratios often exceed 100% (i.e. they make a loss on the insurance side of things), and their investment income is so low because of the lowest interest rates in history.

I’ll console myself that whatever flack we receive it could be worse – you could be Greek.