You probably know that there is no ham in a hamburger. The preparation of the meat by pounding beef found its way from Asia to Hamburg in Germany in the early 19th Century, and was then copied in America many years later where they referred to it as Hamburger meat. Good to know when the kids ask. 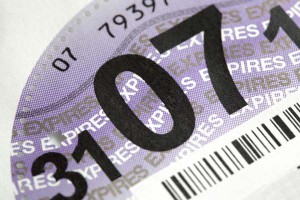 You might also have known that our eyes are the same size now as when we were born, but it could be news to you that your eyelid is the fastest muscle in your body, allowing you to blink 5 times in a second.   If, like me, you’ve just tried it, half of you will agree and half probably won’t because, apparently, women blink twice as often as men.   Good to know when you’re in need of a little trivia.

Do you get into trouble for not ringing your Mum often enough?    What excuse would you have if you actually invented the telephone!   Well, a pretty good one actually;  Alexander Graham Bell (the inventor of the telephone if you’ve never done a general knowledge quiz!)  never rang his mother, nor did he ring his wife for that matter.   To be fair, it would have been a futile exercise, because they were both deaf.   I suppose if by chance they had picked it up at least he would have had the last word.   Good to know when you’re making your excuse, again.

How much do you know about the new tax disc laws?   I’m guessing most of us know by now that you no longer have to display one, but don’t make the mistake of thinking that you don’t have to tax you vehicle!   Apparently DVLA clampings have risen drastically since the implementation of the new rules in October, from around 5,000 per month up to 8,000.   What is catching out many is that vehicle excise duty is automatically cancelled if a car changes ownership – even if there is a valid disc in the window.

Previously, anyone selling a used car could post adverts saying “Taxed and MOTd” until a certain date.   However, now when a car is sold the tax, even if it has many months to run, automatically expires and the new owner has to tax it again. It is this change that is exposing drivers to clamping by the DVLA and large fines.

If you want to know whether your car tax is taxed and when it is due you can find out immediately at https://www.vehicleenquiry.service.gov.uk/, where it will also tell you about any MOT test requirements or due dates. Good to know if you don’t want clamping.

Another website to keep in your browser bookmarks or favourites is www.askMID.com. Uninsured drivers cause 130 deaths a year in the UK, and an average 500 injuries every week, so it is a common problem that can make the inconvenience of a road accident even more  distressing. You can use this website in the event of an accident to check that the other vehicle is insured too. You can also use it to check the Motor Insurance Database has been notified that your vehicle is insured. Good to know your broker is doing their job!