I’m sure there are plenty that disagree, but it does appear insurance claims service is getting better. 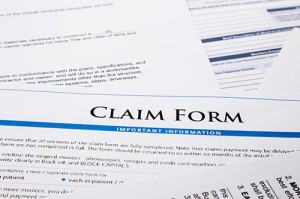 Don’t get me wrong, we have frustrations every day trying to sort things out for our clients, and it’s a lot easier to recall claims that have been handled poorly than the majority that are handled well, but loss adjusters are reporting some signs of progress. Our own motor claims handling service is obtaining high scores on nearly all satisfaction surveys with some very rewarding comments from satisfied claimants, such as ‘The client explained that we did fantastic work and provided a fantastic service which took the stress out of the whole claim’, and  ‘The client was really happy with the process and happy that the repairs were sorted so quickly’.

One little word of advice try to make your claim form as clear as possible. If you don’t, the claim handler can find it hard to understand, or just plain hard to believe.

Like the lady who said her car was hit by a submarine.

She was the wife of a submariner, and the Navy informed her that the craft was due in port. She drove to the base to meet her husband and parked at the end of the slip where the sub was to berth. An inexperienced ensign was conning the sub and it rammed the end of the slip, breaking a section away, causing her car to fall into the water. The Navy paid the compensation claim.

Of course, roads are a dangerous place in or out of the car, so please take care crossing the road. You shouldn’t trust oncoming traffic when you cross the road, “I was sure the old fellow would never make it to the other side of the road when I struck him, remember some drivers don’t like pedestrians, “The guy was all over the road. I had to swerve a number of times before I hit him, and stay down  “The car in front hit the pedestrian but he got up so I hit him again!

Sometimes we have to accept there may be a spelling mistake somewhere.   One poor lady drove into the back end of the car in front because it broke at an island.   I’m not sure it did break, it probably braked.  Then there’s just your choice of words: “The gentleman behind me struck me on the backside.  He then went to rest in a bush with just his rear end showing. ”

Finally, don’t take it out on your pets.

“I pulled into a lay-by with smoke coming from under the hood. I realised the car was on fire so took my dog and smothered it with a blanket.”

Have a lovely summer, I hope the weather is kind to us, and I hope nothing happens that means you have to claim. However, if you do, we’ll be here to help you avoid any confusion!