It’s a great invention isn’t it, the Internet? 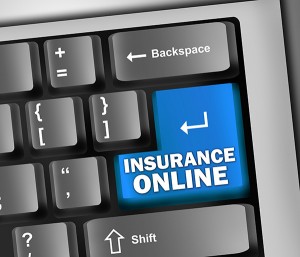 Information at the touch of a button, worldwide communication in one click, images from the other side of the planet in seconds

But hang on it may be a useful tool, but it has its dark side too.

Dealing with Henshalls is easy we’re on your doorstep, you can call into our offices, and you can see and deal with REAL people.

This is just not the case when it comes to signing up for insurance cover online.

Who are you really dealing with? And are they really who they claim to be? Have they actually got your best interests at heart or are they in it for themselves?

Take the case of insurance broker director Andrew Jeffrey he was hit with one of the largest fines ever imposed on a broker – £150,000 in fact for his reckless behaviour.

He took clients’ premiums but didn’t pass them on to the underwriters, so clients weren’t actually covered at all.

A tribunal said he had “a reckless disregard for the interests of his clients, which came a very poor second to his own which is kind of an understatement to say the least!

He would never have been able to get away with such a blatant lack of integrity if clients had been able to challenge him directly, face-to-face.

By dealing with your insurance cover over the Internet, you’re also at risk because many brokers are now using overseas insurers who may not be regulated in the UK.

And we’ve seen just what peril this creates in the last few years Quinn in Ireland collapsed into administration, Gibraltar-based Lemma Europe Insurance Company has gone the same way, and now Balva in Latvia has called in the liquidators, to name just a few.

Ok we may all rely on the Internet now more than we ever thought possible, but it can be a murky and risky business.

That’s the difference of dealing with a broker directly rather than a faceless internet connection. We’re always ready to be called to account by anyone who wants to discuss their case with our experts as we’ve got nothing to hide.

Our door’s open, so come on in we’ll stick the kettle on!