Now I do love a good fact yes, you did read that correctly facts and figures make my world go round. 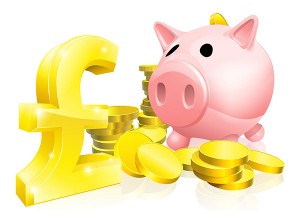 Yes of course, you’ll be thinking “it’s no wonder he’s in the insurance industry if that’s the way he rolls

And you’d be right! I’m constantly amazed at just how pivotal a role my industry plays in people’s lives these days and the immense contribution it makes to the UK economy.

I was exploring some of my favourite industry websites this week I like to keep up-to-date with what’s going on in the outside world i.e: that space that stretches beyond the edge of my desk!

During my research, I was staggered to see that UK insurers are now paying out £187 million every day yes, that’s EVERY DAY!

The insurance industry in this country is now enormous, and that means it’s often tough to see the wood for the trees when you’re trying to track down the best deal to suit your particular needs.

And the sector is now responsible for investments worth an incredible £1.8 trillion the equivalent of 25% of the UK’s net worth.

Close to a third of all financial services jobs are now in the insurance industry, which employs twice as many people as the combined electricity, gas and water supply sectors.

See? You’re getting into this now aren’t you? Told you facts and figures rock!

On a more serious note, “general insurance policies, covering areas such as cars, homes, accidents, health, pets and liability claims, are playing a more important role in all our lives than ever before.

More than 75% of households now have home contents insurance the tough economic climate has placed an extra importance on both consumers and businesses ensuring they have enough cover in place.

According to the latest figures from the Association of British Insurers in its 2013 “key facts bulletin, motor insurers paid out £286 million more than they earned in premiums last year in fact underwriters of motor insurance claims have not made a profit since 1994!

All in all, the facts and figures paint a crystal clear picture of how important the right insurance is whatever your circumstances may be.

So don’t ignore them and assume they’re only for geeks embrace your facts and figures and they could just pay dividends.